Unlock the door to a wonder of the world 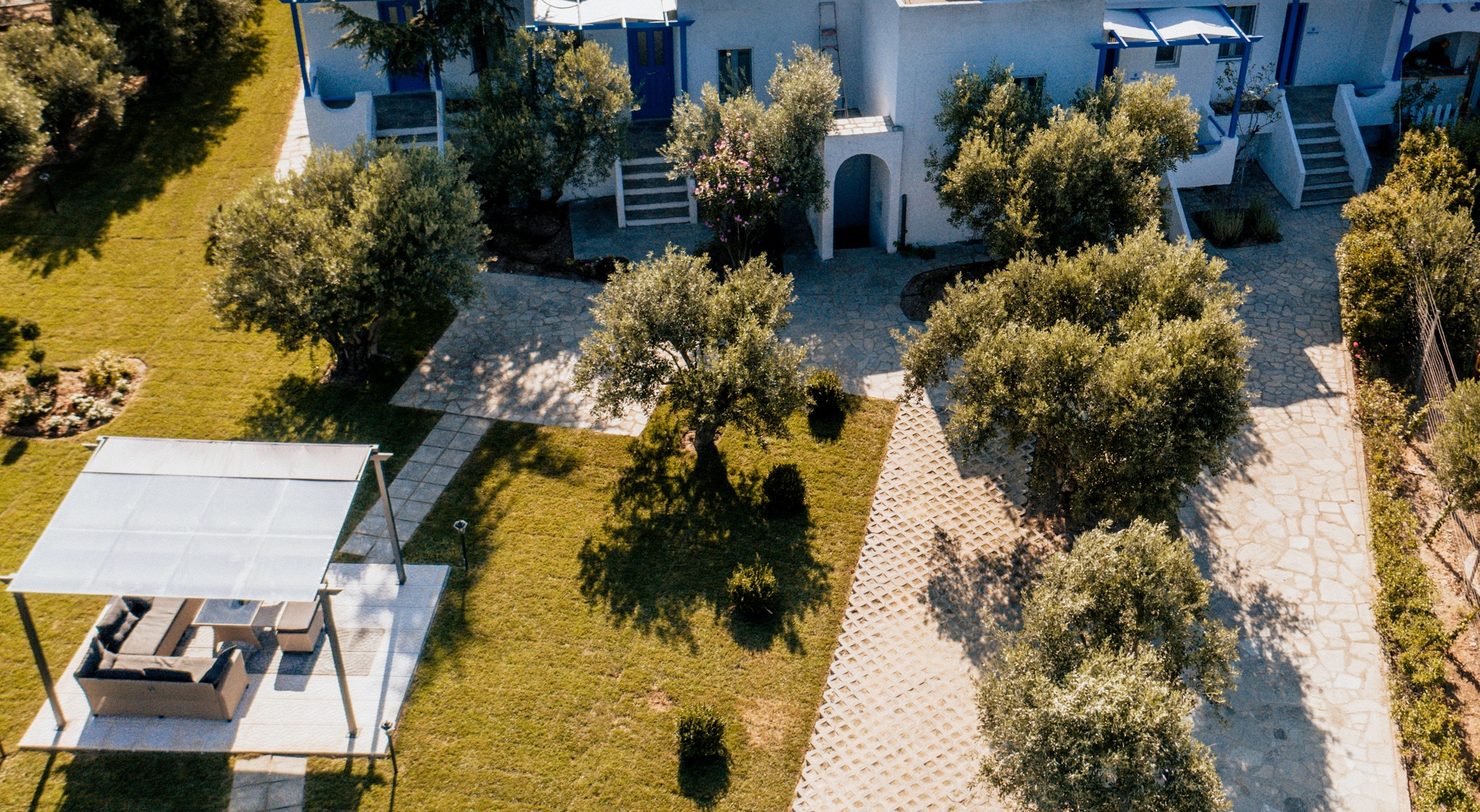 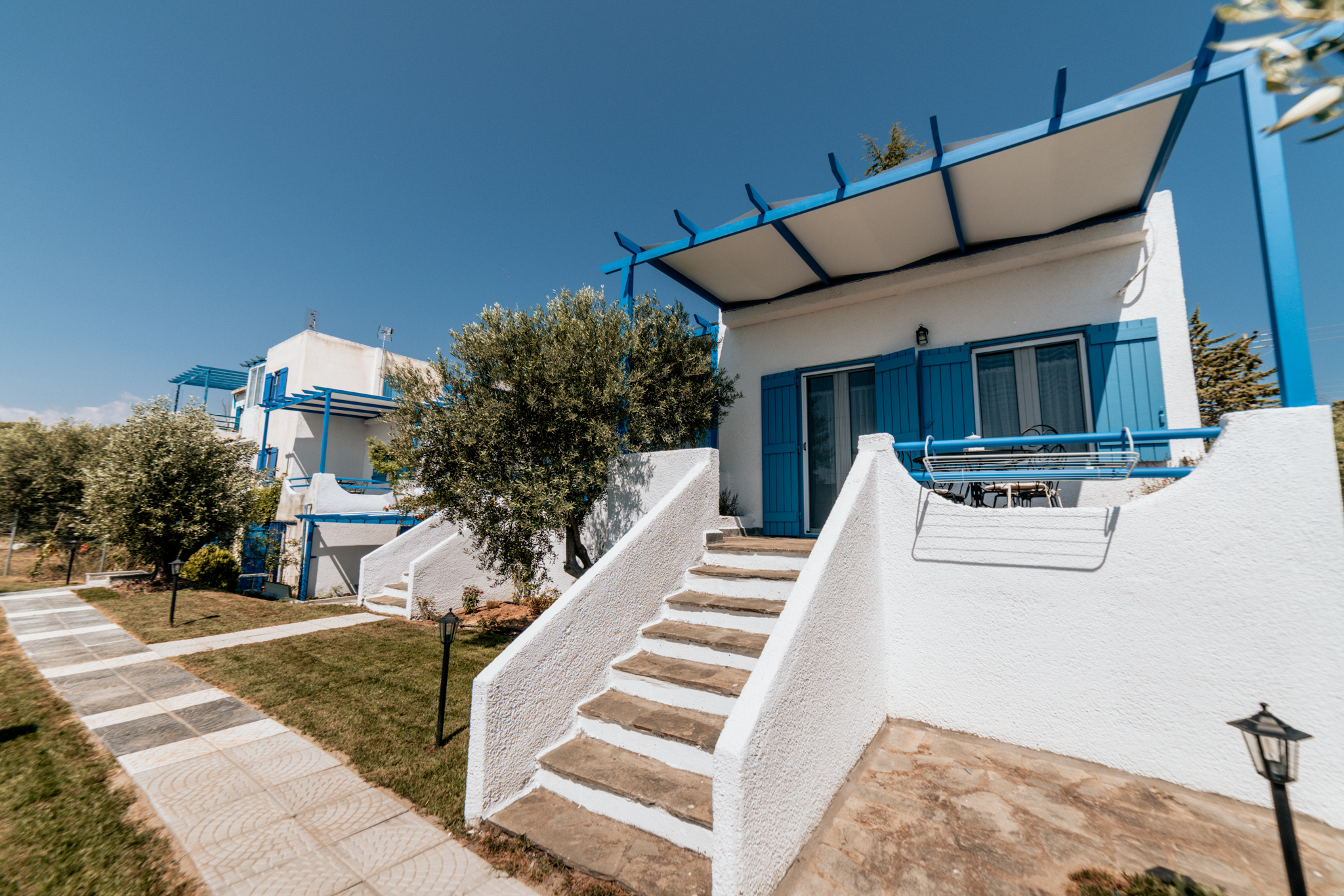 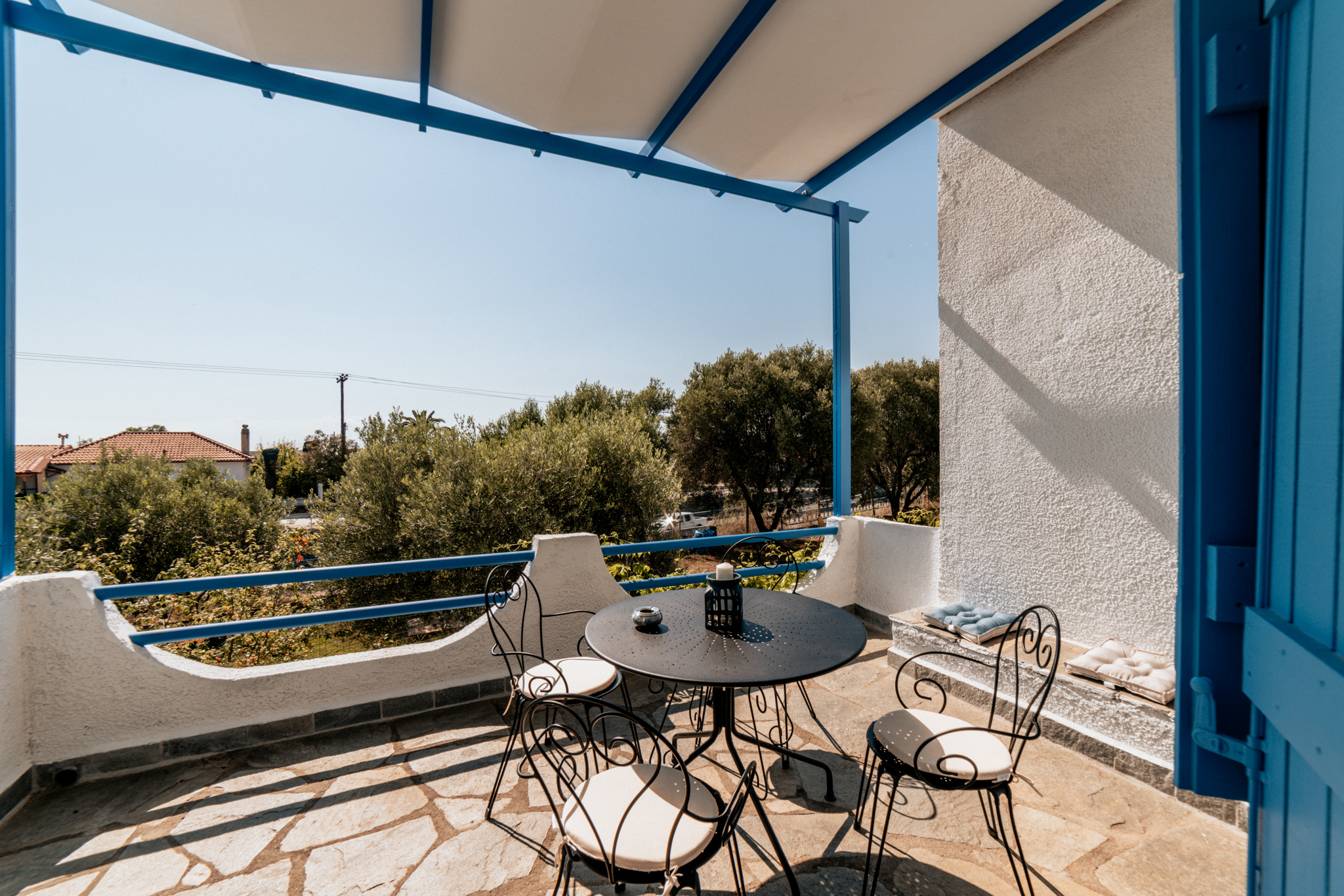 We speak your languge

Situated in the beginning of the first peninsula of Halkidiki, in a wonderful region between Agios Mamas and Potidea, not far from the sea from both sides of the peninsula, very near to the capital of Halkidiki, Nea Moudania.

This region is very well known for the shallow blue sandy beaches as well as the famous lake by the sea of Agios Mamas which hosts various kinds of birds, such as flamingos, all over the year and it is protected by Natura 2000 as a spectacular sightseeing.

The nearest village which is Potidea, is a beautiful village where there are the remains of the ancient wall of Kassandra and the channel made by Xerxis, the Persian king during the Grekk-Persian wars at ancient time.(5th century B.C.)

A terrace is available on site and cycling can be enjoyed within close proximity of the country house.The nearest airport is Thessaloniki, 45 km from Cyclades Luxury Studios. 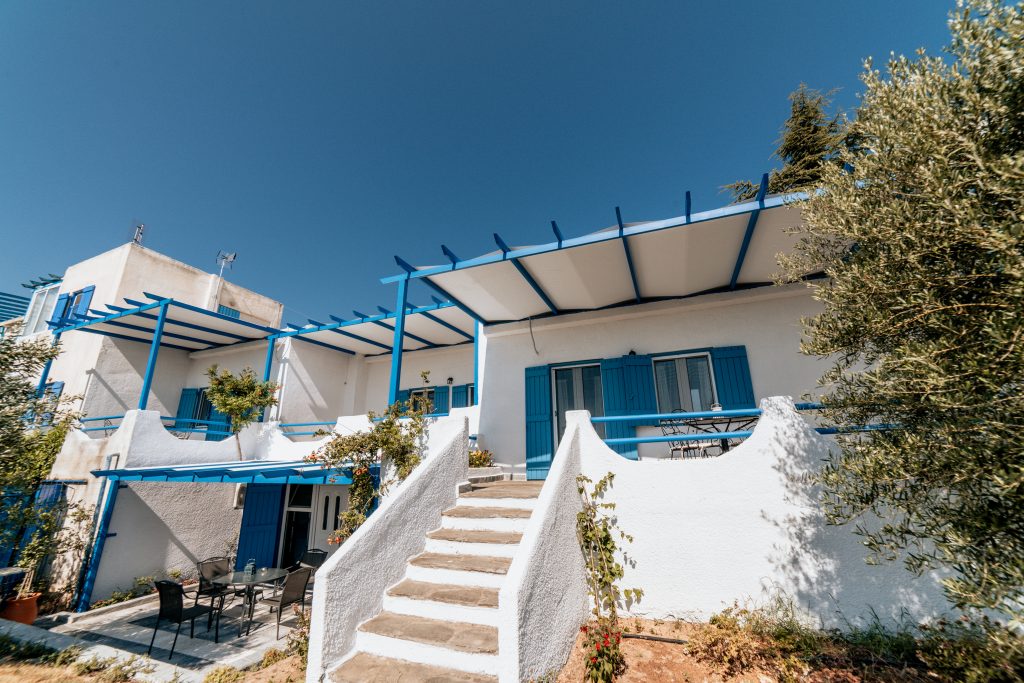 Featuring a pleasant blend of natural materials and elegance, the decor and furnishings create an inviting ambience fostering relaxation and a sense of well-being. 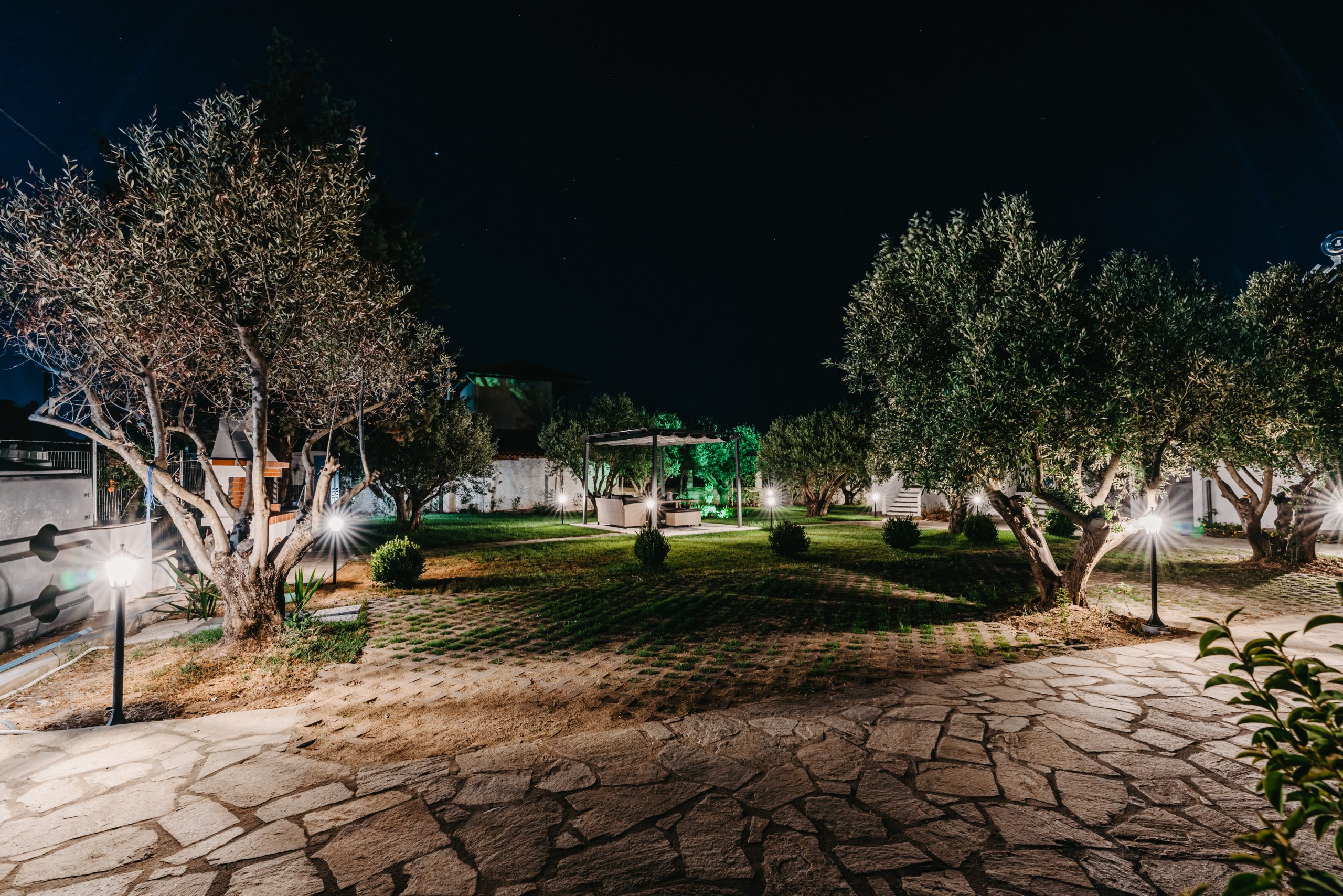 The studios are built in a style which we usually meet in Aegean Greek Islands and especially Cyclades, by whom we took the name Cyclades Luxury Studios. The property hosts a big beautiful garden which comes with a barbeque and an outside salon. The studios own a sea-view big veranda looking at the sunset.

They are fully equipped with air-condition, kitchen and all the necessary equipment for a comfortable and exquisite living.

Car owners are provided with a parking lot. Guests are supplied with access to the Internet.

We look forward to welcoming you and ensuring your stay with us is everything you could wish for!
keep your winnings
scratch card real money
lucky 88 pokies online here
80 free spins no deposit 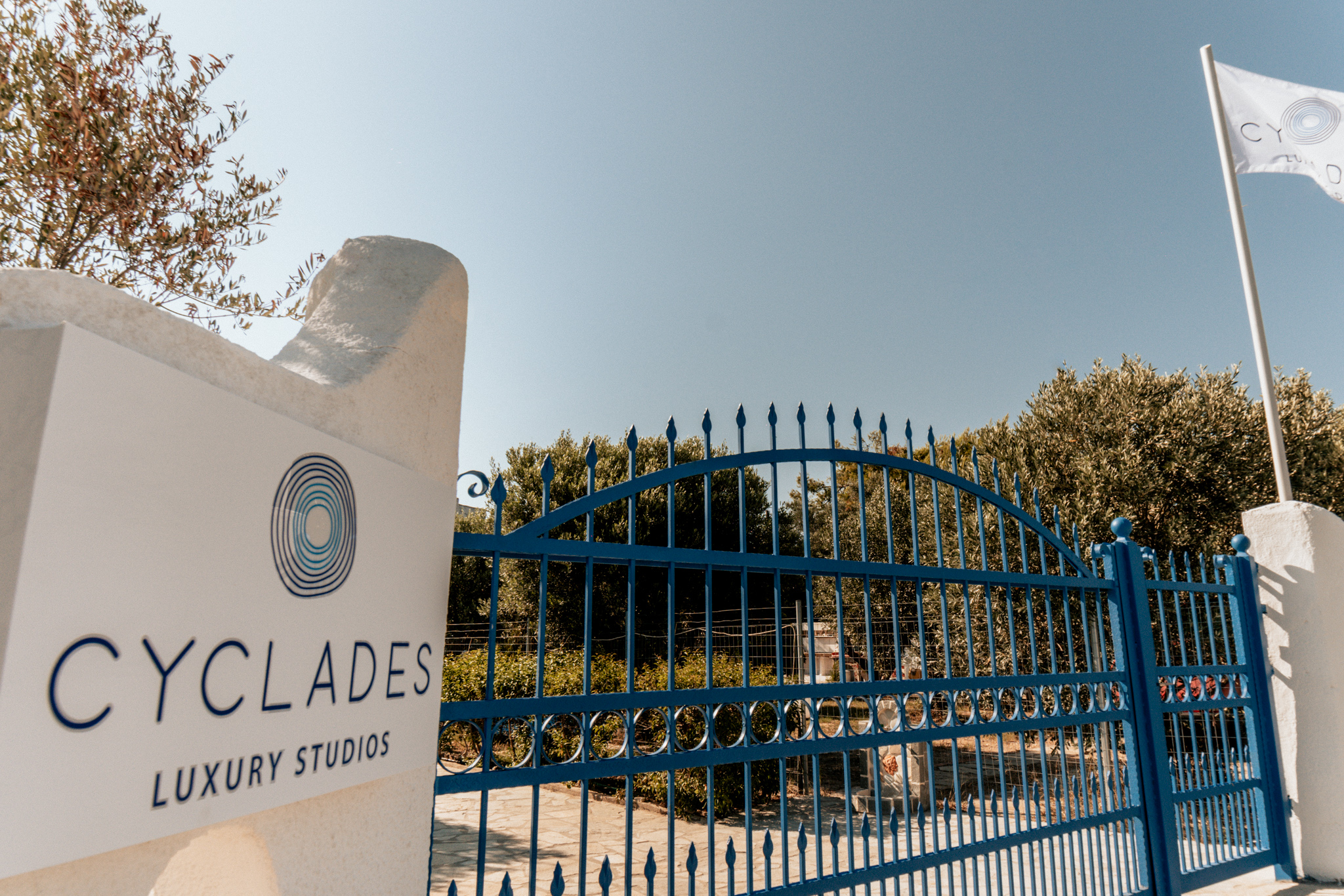 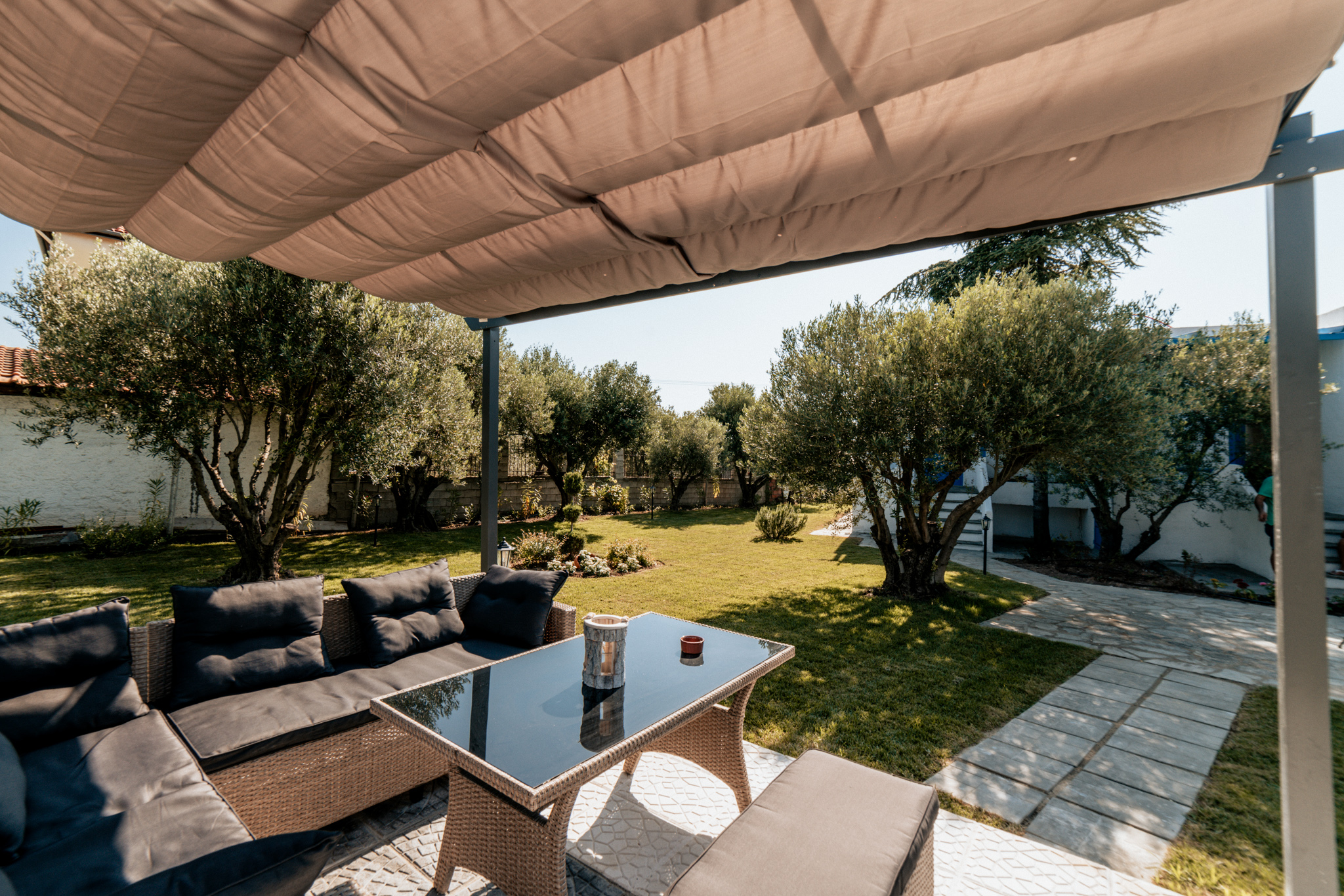 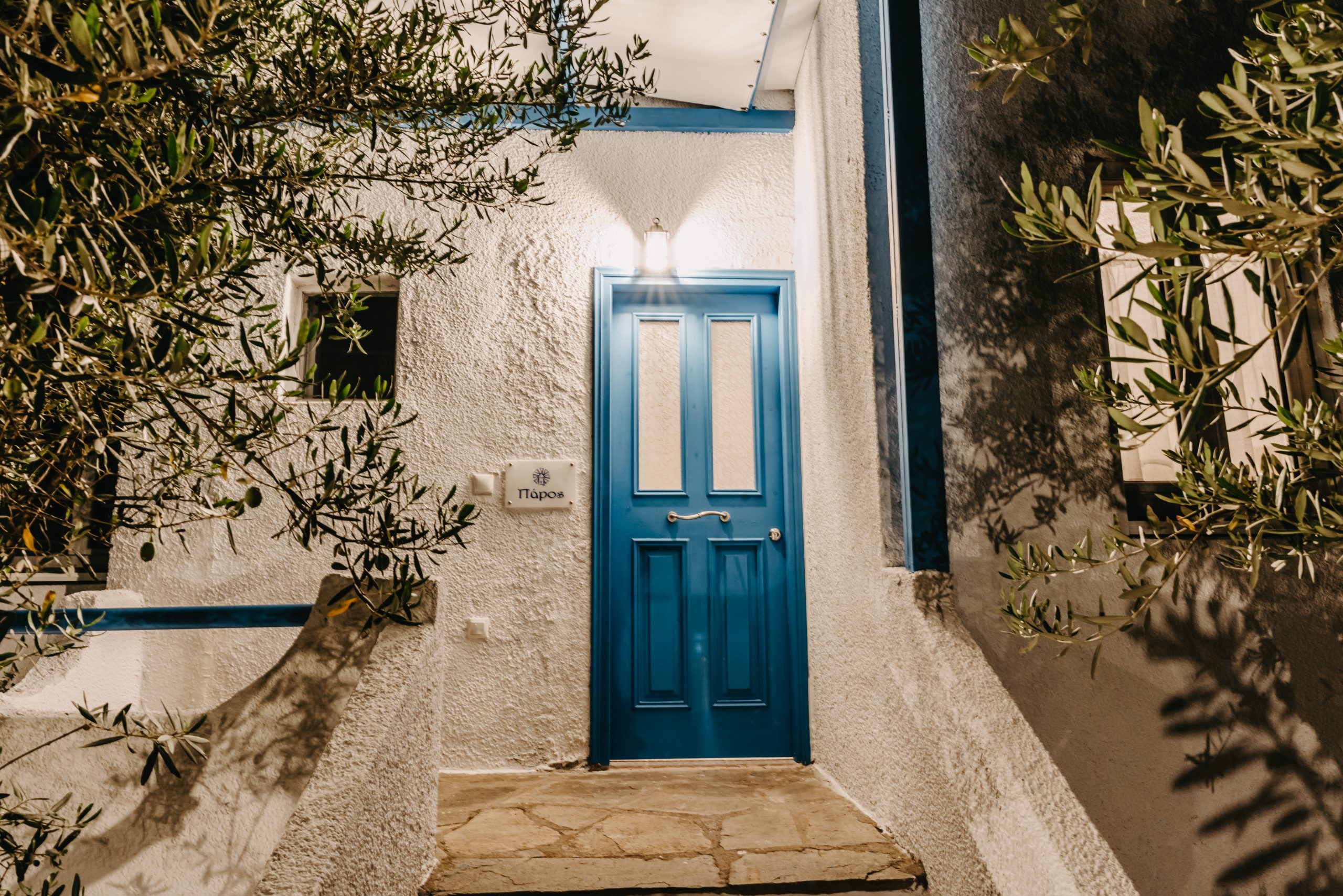 Mountain or seaside? Beach bar or secret cove? Traditional villages or luxury resorts? Halkidiki, in northern Greece, caters to every taste.
“There is nothing like Halkidiki ”, say the northern Greeks and they know what they’re talking about. Get ready to succumb to the charms of its three beautiful peninsulas – Kassandra, Sithonia and the third ‘leg’, comprising the seaside town of Ouranoupoli and the famous monastic state of Mount Athos. Turquoise water, dense pine forests, dreamy hotels, small coves with fish tavernas and cafes, beach bars, archaeological sites, traditional villages, and the famous Petralona Cave in Kassandra: a microcosm of miracles. Made to be explored with all your senses. 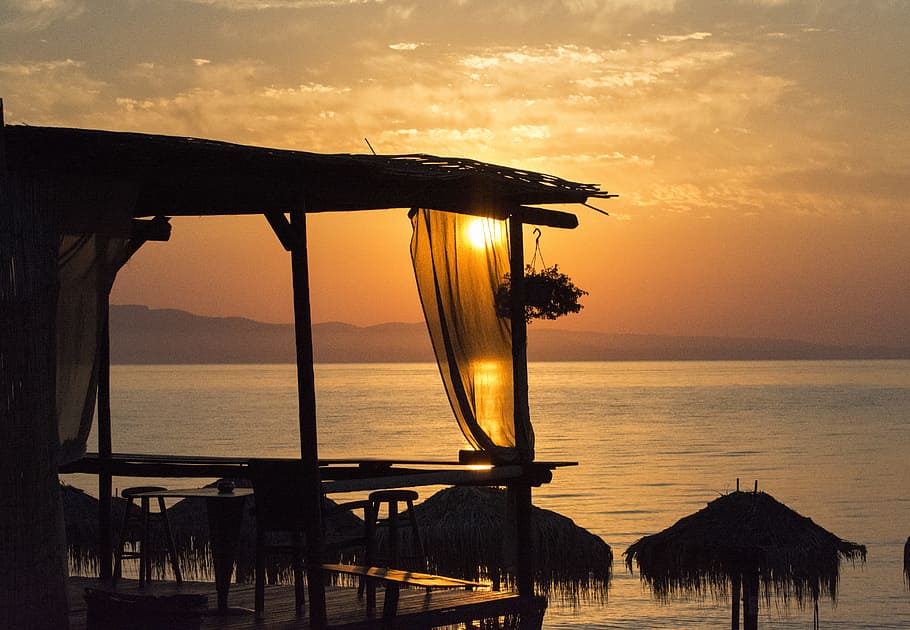 Book your stay at Naxos to enjoy the famous island

“Mykonos” is the place you want to spend your

“Paros” is a fully equipped apartment which ca

A big terrace, the perfect place to relax and enjo

This website uses cookies to improve your experience while you navigate through the website. Out of these, the cookies that are categorized as necessary are stored on your browser as they are essential for the working of basic functionalities of the website. We also use third-party cookies that help us analyze and understand how you use this website. These cookies will be stored in your browser only with your consent. You also have the option to opt-out of these cookies. But opting out of some of these cookies may affect your browsing experience.
Necessary Always Enabled
Necessary cookies are absolutely essential for the website to function properly. These cookies ensure basic functionalities and security features of the website, anonymously.
Functional
Functional cookies help to perform certain functionalities like sharing the content of the website on social media platforms, collect feedbacks, and other third-party features.
Performance
Performance cookies are used to understand and analyze the key performance indexes of the website which helps in delivering a better user experience for the visitors.
Analytics
Analytical cookies are used to understand how visitors interact with the website. These cookies help provide information on metrics the number of visitors, bounce rate, traffic source, etc.
Advertisement
Advertisement cookies are used to provide visitors with relevant ads and marketing campaigns. These cookies track visitors across websites and collect information to provide customized ads.
Others
Other uncategorized cookies are those that are being analyzed and have not been classified into a category as yet.
SAVE & ACCEPT
error: Content is protected !!
Loading...
Loading...